Bulk coal handling hopper off to D&S Waring of Northallerton, 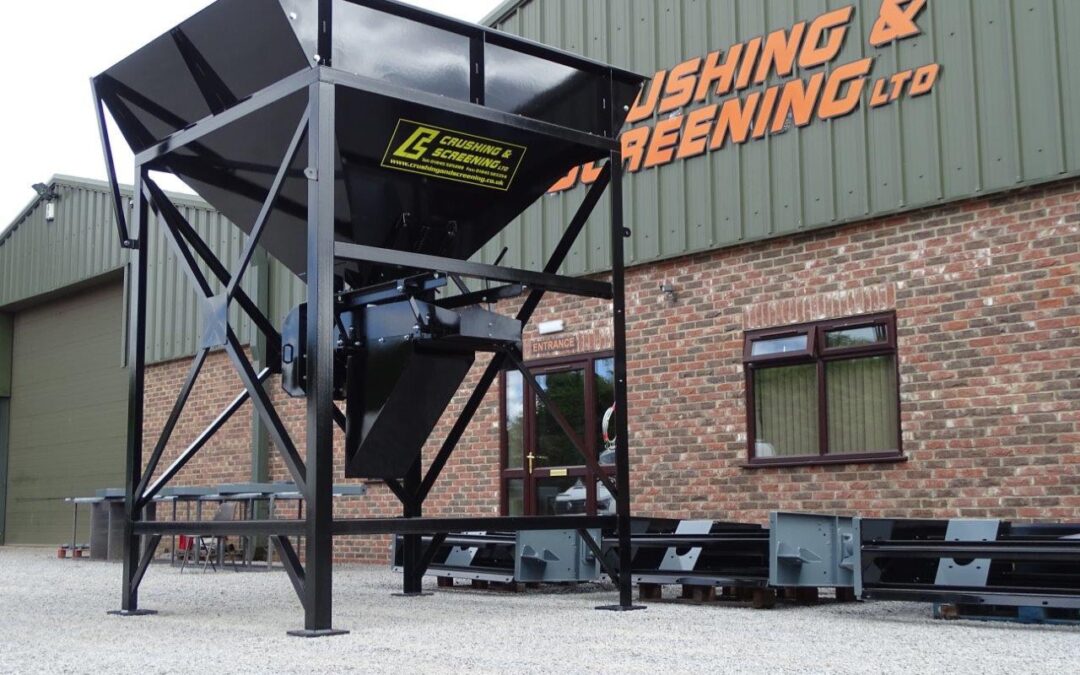 “ We were delighted with the first replacement Coal Handling Hopper supplied by Crushing and Screening and the benefits it brought to the handling of our coal stocks, so we decided to replace another one and further increase the performance of our coal handling operation”, commented the Directors, Neil Brown and Steve Thackray  .

Roly Walker began the business in the late 1920’s with his brother Sid, selling paraffin, wood and logs from a hand cart around the village of Brompton.

Once they had made enough money they bought a horse and cart and moved on to selling coal, bought from the Station Master who stored fuel in Brompton station yard. The horse and cart (cleaned up) was also used to ferry people to and from Northallerton and deliver raw linen from the local mills to be bleached at Warp Mill in Osmotherley. Eventually they bought a motorized cart, still delivering coal and passengers. This was the beginning of ‘S & R Walker, Coal and Coke Merchants & Luxury Coach Travel’. The business continued to thrive as everyone relied on coal fires. Houses, shops, businesses and the Churches were all heated by coal. Their days were split between ferry children to and from school and delivering the coal.

When Sid died in the early 1960s Roly bought out his share in the business and it continued to thrive. There were at least six coal merchants by now, but there was so much business there wasn’t a need to go far with deliveries. In the late 60’s Roly decided to sell the coal business and concentrate on the coaches. His daughter Susan and her husband Dave Waring were living down south at the time, although oil for central heating was now available, they still thought it was a good business opportunity and bought in. Dave and Sue brought in ‘modern equipment’ hoppers and tractors, – everything had been hand shoveled before then – and the business thrived. It survived two coal strikes and the introduction of mains gas.

Neil Brown began working for Dave in 1987 and Stephen Thackray a couple of years later. It has always been a family run business and in 2002 when Dave retired, Neil and Stephen took over, it is still a family run business, as Steve is married to Neil’s’ niece. They became a limited company in 2003, now trading under the name ‘Brown & Thackray Limited trading as D & S Waring’. People have grown to know the name ‘Waring’ so keeping it seemed the best thing to do. Neil’s wife Karen runs things in the office and his son Darren joined the work force on leaving college. In 2013 Darren left the business to take on his own coal business at Pateley Bridge. Dave Browne worked for many years 1st for Dave Waring then continued with Neil & Steve until he retired in 2014. The rest of the work force Chris, Paul and Stefan can be seen out and about in the wagons all year round. D&S Warring Website.